How to Embrace your inner Millionaire

Most of the women I’ve worked with over the last five years have something in common: They all have the potential to be millionaires; they just need some simple steps to get from where they are now to their next income level. My goal is to help you get there by elevating your inner money story because usually, the only thing standing between a woman and her millions is the story she tells herself! So, I’ve put together a few easy steps you can take right now to help you re-write your story. If you currently find yourself worrying, stressing or chasing after money, these steps will help you manifest money with ease so you can create a life of overflow. 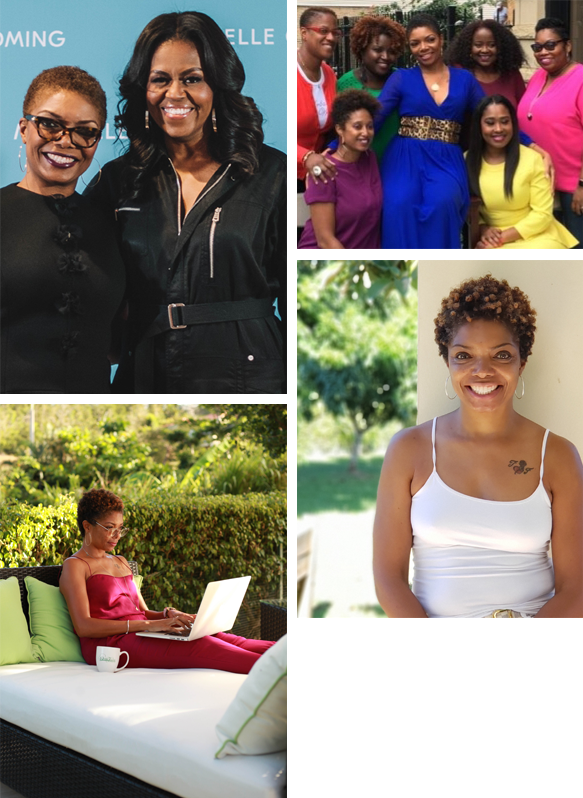 Monique Caradine-Kitchens is known as the OverFlow Coach. She helps women fix their relationship with money so they can stop worrying about it, stressing over it, and chasing after it and instead, start manifesting more than enough of it. After having money drama of her own for many years, Monique sought the help of a coach from one of the top personal development companies in the world. That coach helped Monique begin to re-write her money story so she could finally embrace her inner millionaire.

Since 2012, Monique has mentored hundreds of women entrepreneurs on how to make money doing what they love. She holds two coaching certifications, both with a focus on money and mindset. Her mission is to cultivate a new generation of high-earning women.

Before becoming a coach, Monique worked as a radio and television personality. She has won many awards and has interviewed high-profile celebrities, politicians, and business leaders.

When she’s not coaching, speaking or writing, Monique spends time coloring, working out or making jewelry.

Born and raised on the South Side of Chicago, Monique is a mom and wife. She and her family lived on the beautiful island of Puerto Rico for nine years and recently relocated to the Atlanta area.

How to Embrace Your Inner Millionaire is helping women all around the country change their money story.

Get your copy too!

“This book is a game changer.”
-Neva Jenkins

“A quick, easy, powerful read. Every young woman should read this!”
-Alicia Pattillo

“Your book really helped me re-think my money story. Thank you!”
-Jennifer Amos